“Dear Oliver, Can’t tell how much I enjoyed your new CD, great sound and with an easy “laid-back” approach in true South American style. The Ayala piece is a little gem and I love both of Maximo’s suites. The interpretation of my suite is perfectly judged, you have really taken the time to bring out every nuance. Congratulations!”
Richard Charlton

Oliver Fartach-Naini’s passion for Argentinian music and the art of tango is well-documented on many of his recordings. This solo album is Fartach-Naini’s very personal homage to the rich musical cultures of South America, blending the music of Argentina with a Latin inspired composition from Australia.

‘To record Ayala’s highly evocative Serie Americana has been a long-held interest of mine ever since I heard my teacher Laurie Randolph’s beautiful EMI recording of this piece in Berlin many years ago. It’s has been an immense honour to have composers of the calibre of Richard Charlton in Sydney and Máximo Diego Pujol in Buenos Aires write pieces for me and I think they blend very well with Ayala’s composition,’ says Fartach-Naini. 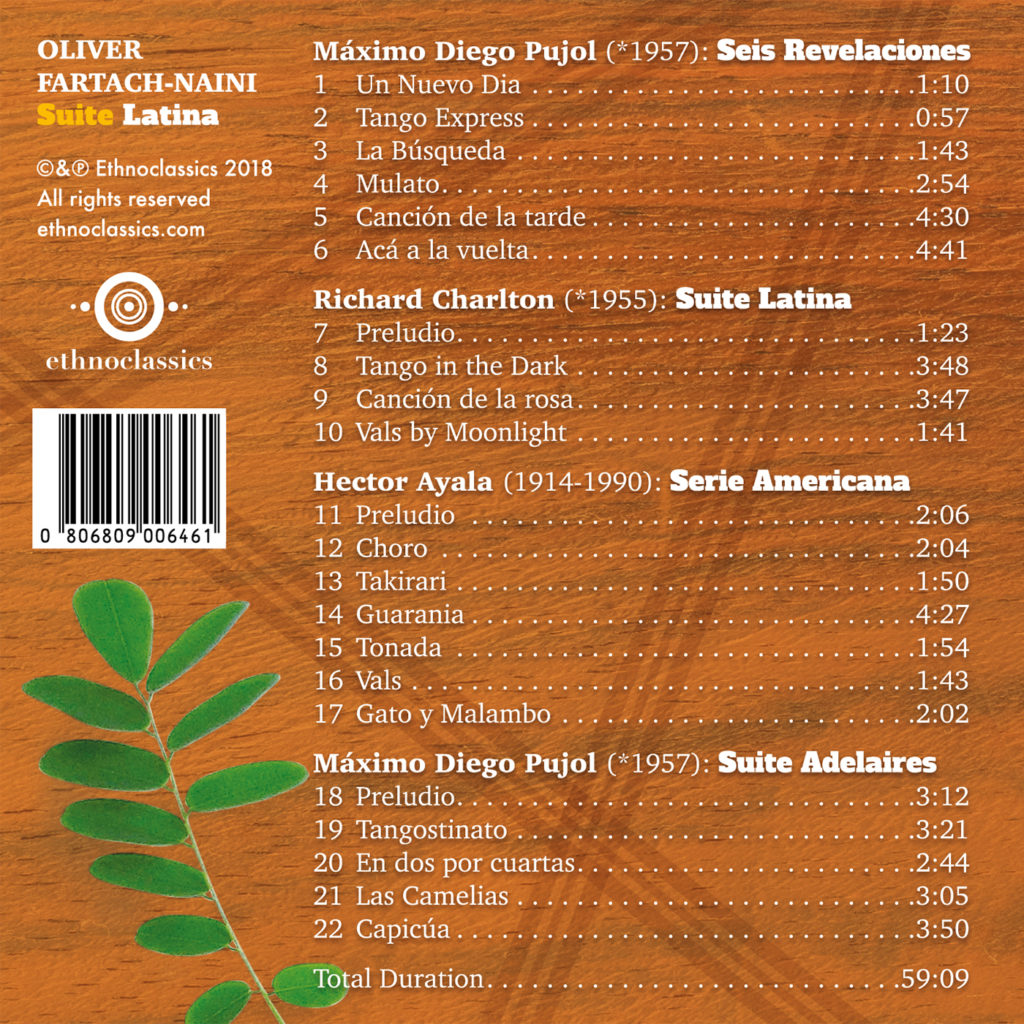